Introduction:
It has been a while since this site got an update, which is a shame. But that doesn’t mean this year has been uneventful, far from it. Let’s recap, shall we?

End-User Computing updates:
2019 has been a game changing year for the EUC community, mainly because of Microsoft’s Windows Virtual Desktop offering. An Azure-based infrastructure that can deliver virtual desktops running Windows 10 (multi or single session).
If you keep up to date on EUC related offerings you definitely have read or heard about it. In my opinion it’s not a fully developed product yet and it feels very ‘1.0’-ish, but even then, it’s something to look into.

Recently Citrix (finally) released a new LTSR version (1912) of Citrix Virtual Apps and Desktops. This as replacement for the current LTSR version (7.15) which was already at cumulative update 5. In conjunction with Microsoft support, support for Windows 7 and Windows Server 2008 R2 has been dropped from this new LTSR version. So if you have customers which still run these operating systems (and yes, a couple of my customers do too): remind them it’s time to upgrade to something more recent.
Also, if you are still using Personal vDisk, let it go, you can’t upgrade and need to do a clean install and can’t select Personal vDisk anymore.

And then there was Ivanti. Since they bought RES Software they had two products in house that were competitors of each other: User Environment Manager (AppSense) & Workspace Control (RES ONE Workspace). They made an announcement that there would be no more new features for Workspace Control, but they would only provide bugfixes and security updates. The best IWC features would be copied to UEM. All new customers were advised to use User Environment Manager instead of Workspace Control. But since a workspace manager contains a lot of configuration that isn’t easily moved to a different workspace manager (although Dennis van Dam from T4Change can make it very easy for you), most customers stayed where they are. I’m guessing this made Ivanti think again about the strategy. On November 22nd there was a blogpost on the Ivanti website which said that development for Ivanti Workspace Control would be restarted and new features would be added. But this blogpost was taken down later that day and replaced with something else.
As I am typing this blogpost, I received an e-mail from Ivanti basically telling the same thing: Ivanti Workspace Control is here to stay!

There was more news, but these were the ones that jumped to mind.

Personal updates
As for me, 2019 started pretty well as I got named as one of the Citrix Technology Advocates of 2019. It’s really nice to get this kind of recognition. It really gave me some motivation, so let’s see if I am worthy of another year.

I have also done some blogging, although not on this website. The first one was a recap on mycugc.org of de Dutch Citrix User Group event in March 2019. These events are always very good and are a must if you are in the EUC business in the Netherlands. 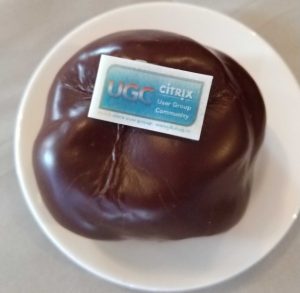 Next up was Citrix Synergy. Although I wasn’t planning on going, the whole CTA thing changed my mind and luckily my employer allowed me to go. I was going with a colleague, but he unfortunately cancelled because of personal reasons. So it was just me in Atlanta. It was quite an experience. I met a lot of people (fellow CTAs and CUGC staff included, as well as a lot of dutchies), saw a lot of interesting sessions, ate way too much and concluded the week with a geek-out at the Museum of Aviation at Robins Air Force Base.
For this Synergy edition I also wrote an extensive recap describing just about every session I saw.

Short after Citrix Synergy there was another edition of the (in)famous Expert 2 Expert virtualization conference (E2EVC). This time it was in Berlin and it was once again great. Just the best EUC related IT event you can go to. Learned a lot of things, had a lot of laughs and enjoyed some great meals.

In the summer it was time to get started on preparing a presentation of my own. Although not exactly on my own since I was once again teaming up with my partner in crime, Chris Twiest.
The topic this time was automating the deployment of Windows 10 multi-user combined with Citrix Cloud. We wrote down the stuff that needs to be done and divided it between the two of us to automate. After a lot of back and forth we managed to get it working and created a presentation around it.
We gave this presentation four times:
First at XenAppBlog’s fantastic online event VirtualExpo. At the October edition of the Dutch Citrix User Group event at the Apenheul in the Netherlands. Then once more online as a webinar for the Citrix User Group Community and finally at E2EVC in Lisbon. We also wrote a blog about it at the mycugc.org website and even got named members of the month for our efforts. Big thanks to Kimberly Ruggero, Stephanie Boozer and the rest of the CUGC team for supporting us.

That’s it for this year. On to 2020. Chris Twiest and I already have plans for a new presentation about API’s and PowerShell, so keep a lookout for that. But first there is another edition of the Alternative Elfstedentocht at the Austrian Weissensee at which I am a volunteer who is responsible for anything related to IT, but also as an ice-skater that once more will try to skate 100km on Friday January 24th. Wish me luck and see you soon. 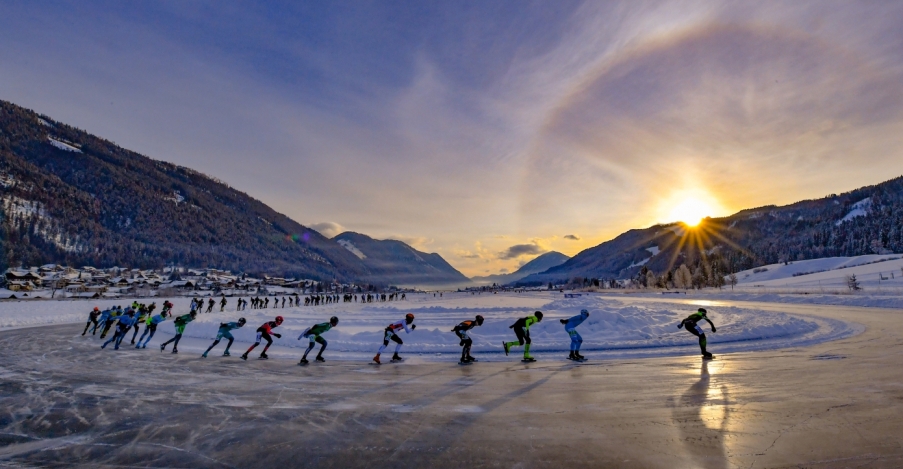